A recent ABS-CBN headline touts how one of the biggest BPOs in the Philippines is planning to increase their staff by about 15%. And they are not alone, in the past few months I have seen a lot of the bigger players (including IBM and Google) make public announcements about staffing up here in the Philippines. But a lot of people are asking where will they come from?

Based on research being produced and/or complied by IBPAP, we are seeing a widening of the talent gap between the number of seats available and the number of quality candidates to fulfill them. The Philippines is about to graduate hundreds of thousands of college students, yet so few of them will be ready to step right into a call center job. The government has made huge strides in partnering with the industry leader and higher education to create courses that will help fuel the demand, but its not nearly enough.

And to make things even more interesting, we are seeing a lot of mergers between bigger players (Convergys just acquired Stream) as they try to consolidate to offer more services to bigger clients abroad. So the big fish are eating well. However, the same cannot be said for a lot of the smaller BPOs.. most set up by Filipinos with the idea of capitalizing on the call center boom. But they are for the most part struggling as they either can’t find accounts or enough staff to fill the client requirements. The competition has never been more fierce when it comes to finding good people.

So where does that leave the industry? Is the pool big enough to supply the big fish like Convergys with 6K more employees? 2014, will be an important year in the evolution of the BPO industry in the Philippines. 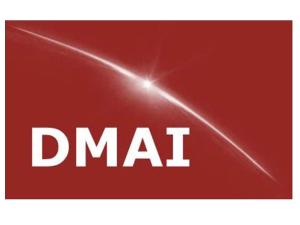 As for DMAI? We continue to grow quickly as we have a mostly work from home team that is almost completely made up of former call center agents who have walked away from higher pay for better work life balance. Is this the wave of the future? I think so!