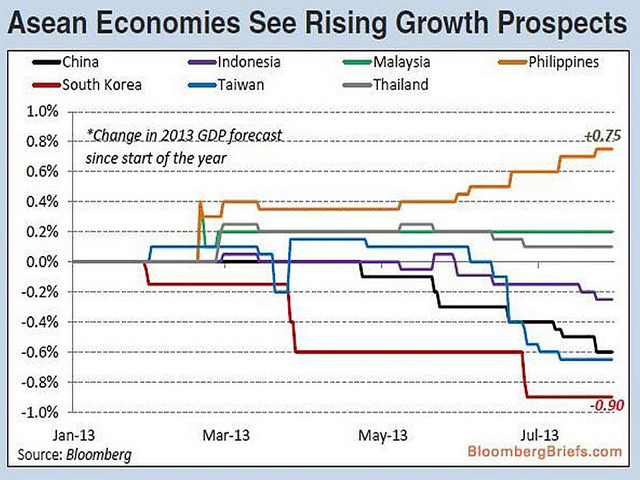 Sharing my thoughts on some great Bloomberg visuals my good friend Justin Calderon used in a recent story he put together.
http://investvine.com/charts-outlining-the-philippines-economic-trajectory/

Beast Mode is an American Football term for a player who singlehandedly dominates a game. This is the first of three visuals I will breakdown and comment on.

Over the past couple of years I have been talking a lot about how the economy of the Philippines is quickening. The overall trajectory for the economy is rocketing ahead for several reasons including geography, history, political climate, and demographics. There are dozens of stories published all the time about why, how, and what this means for both the Filipino people, for the ASEAN countries and for the global marketplace. There is so much economic data out there, its like an analytics playground.

One of the most significant and often used economic data points is GDP (Gross Domestic Product). GDP is of course is the market value of all officially recognized final goods and services produced within a country in a given period of time. Thanks Wikipedia for that definition.

As you can see the Philippines is the only economy of the seven countries being measured that is not only trending upward, but the trend is accelerating. If we were looking at mid season performance of a sports player being compared to other players in it’s division… we’d be saying the Philippines is in Beast Mode. Check out the YouTube video below and imagine #24 is the Philippines economy right now.