Humans by nature are not very data-driven.

Often we act before we think.

In general we go with the gut over the information we are presented with.

It’s just who we are as human beings.

And you see it everywhere.

We come across an inefficiency, a broken process or a half-baked idea and ask ourselves who thought this up?

Why didn’t they look at the data before they made a decision that impacted so many people?

So just for a minute I want to daydream a little.

If only X people would look at and listen too Y data before making a decision, then the world would be a better place.

If only politicians would look at data before spending so much money on that big project.

If only people would really listen to the stories about how dangerous it is to text while driving.

If ever we actually stopped and took the time to calculate the high cost of living facing our children.

Try it yourself. If everyone did a little more of this, think of how awesome it would be.

We have enough data to help us decide just about anything.

In fact we now have whats called Big Data… an almost infinite amount of information to guide us.

We just need to get more people to understand how.

The then humans would really be able to solve the problems we face.

It is a simple hope magnified by 7 billion people and the data they create every day. 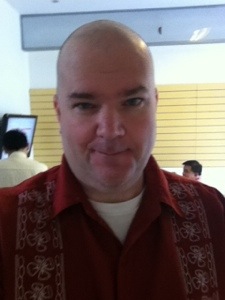