(above image from zazzle.com)

For most of the past five years my efforts to upskill train Filipinos in analytics have been focused on Metro Manila.

A few times a year I’d get a chance to conduct a training, speak at an event or attend a conference outside the National Capitol Region, but for the most part analytics adoption has been slower in the provinces.

That has significantly changed in 2017 and the analytics focus around the provinces is primed to explode is 2018.

As I sit here today in Batangas for the mid week holidays, I can’t help but feel proud for the recent string of partnerships we have been able to build outside the nation’s capitol.

We were just in Cebu twice for a Data Night, a Big Data 101 training and an Analytics Freelancers Meet Up. We followed that up with a Data Night and several speaking engagements and media appliances in General Santos (Gensan to the locals).

Next month we will replicate these events in Davao with the contacts we made in Gensan. In December we will do the same and even add a Train the Analytics Trainer event with a key business partner in Bacolod.

And just yesterday we started laying the ground work for a Data Night and a Big Data 101 training in Iloilo for January.

Our plan for 2018 is to spend one week a month in a different province promoting our analytics advocacy, signing up members for the Analytics Association of the Philippines, conducting trainings with companies like DMAIPH, Cirrolytix, BagoSphere, and Spectres Solutions, using co-working spaces like A Space, the Mabuhay I.T. Park and Dream Space, and working with schools like the University of Mindanao and ACLC Davao.

At the same time we are building upskill training relationships back in Manila with companies like Wells Fargo, Accenture and Emerson, teaching analytics at schools like College of St. Benilde, University of Asia & Pacific, Enderun College and the University of the Philippines just to name a few.

We are also orchestrating the OJT experiences for students from schools like UST, De La Salle, Ateneo, Informatics, and URS in Rizal. Again, that is just the tip of the iceberg.

Simultaneously, we are building relationships with influential organizations like IBPAP, CCAP, PSIA, Young Engineers and HIMS to give talks on analytics followed up with upskill training for their members.

And last but not least we are having conversations with provincial LGUs, with central government entities like CHED, DeptEd and TESDA as well as with key members of the Senate to promote the large scale adoption of analytics across the Philippines to keep our workforce competitive in the increasingly data driven world.

I could go on and list more. The names above are just a sample.

When you set out to facilitate the upskill training of half a million people, you have to think big. And thing big is what we do.

Putting a man on the moon took a national effort from all parts of society to build a space age ecosystem capable of the previously unthinkable. 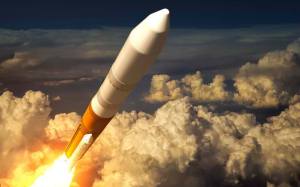 Analytics Leadership – DMAIPH is a founding member of the Analytics Association of the Philippines (AAP.PH) and specializes in arming the Data-Driven Leader with the tools and techniques they need to build and empower an analytics centric organization. Analytics leadership requires a mastery of not just analytics skill, but also of nurturing an analytics culture.

We have guided thousands of Filipino professionals to become better analytics leaders. Contact DMAIPH now at analytics@dmaiph.com or connect with me directly to discuss a uniquely tailored strategy to ensure you are the top of your game when it comes to Analytics Leadership.